Troubles with your machine? Just want to speak about the latest improvements? This is the place!

I just uploader an alternative 3D printed box on Thingiverse for the RGB2HDMI + 12bit extender :
https://www.thingiverse.com/thing:4921088 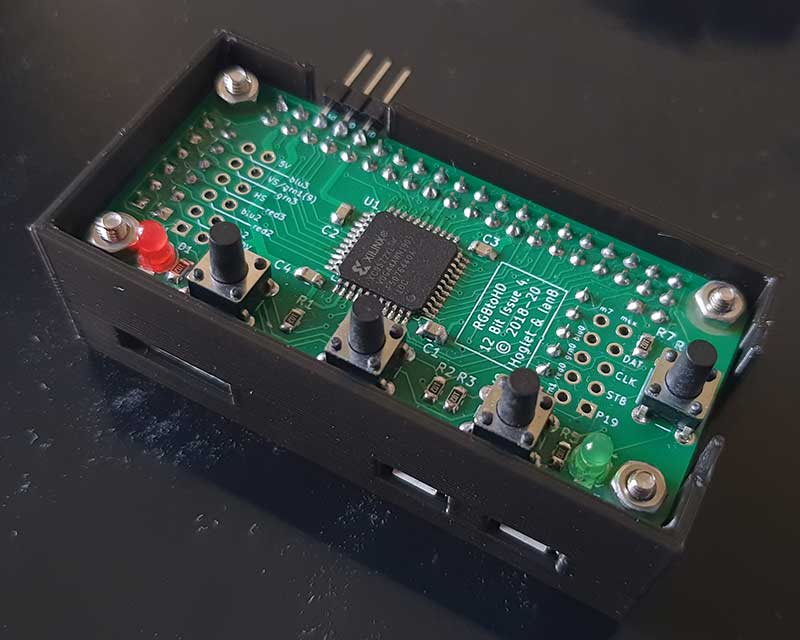 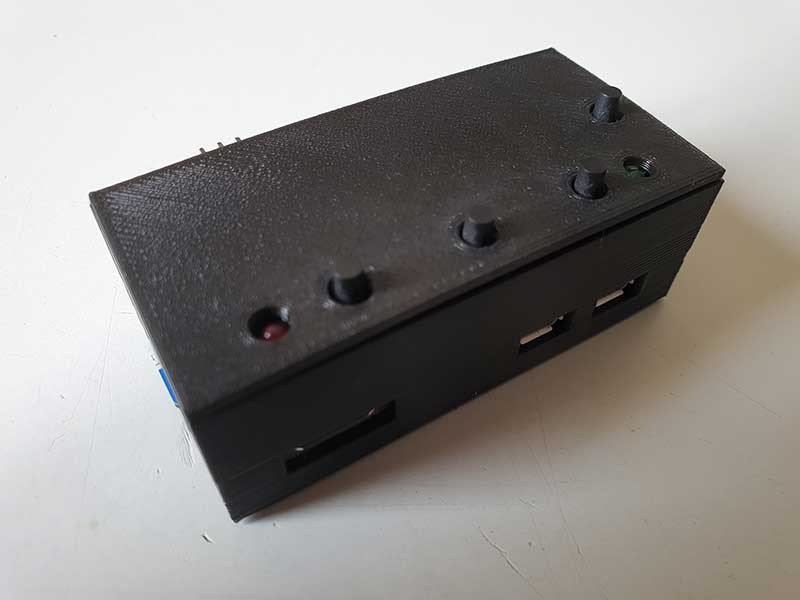 So this one is an external version?

So about the Beta36 support for Mono + Color modes :

After these changes, the mono video will automatically be selected when the mono sense input is grounded on the STE video connector just like the ST. You can test this by inserting a low value resistor or wire link between pins 4 and 13 of the video socket.

I have also updated the cables page with the new ST and STE connections:
https://github.com/hoglet67/RGBtoHDMI/wiki/Cables

Which translates into (hopefully I didn't make any mistakes this time...) 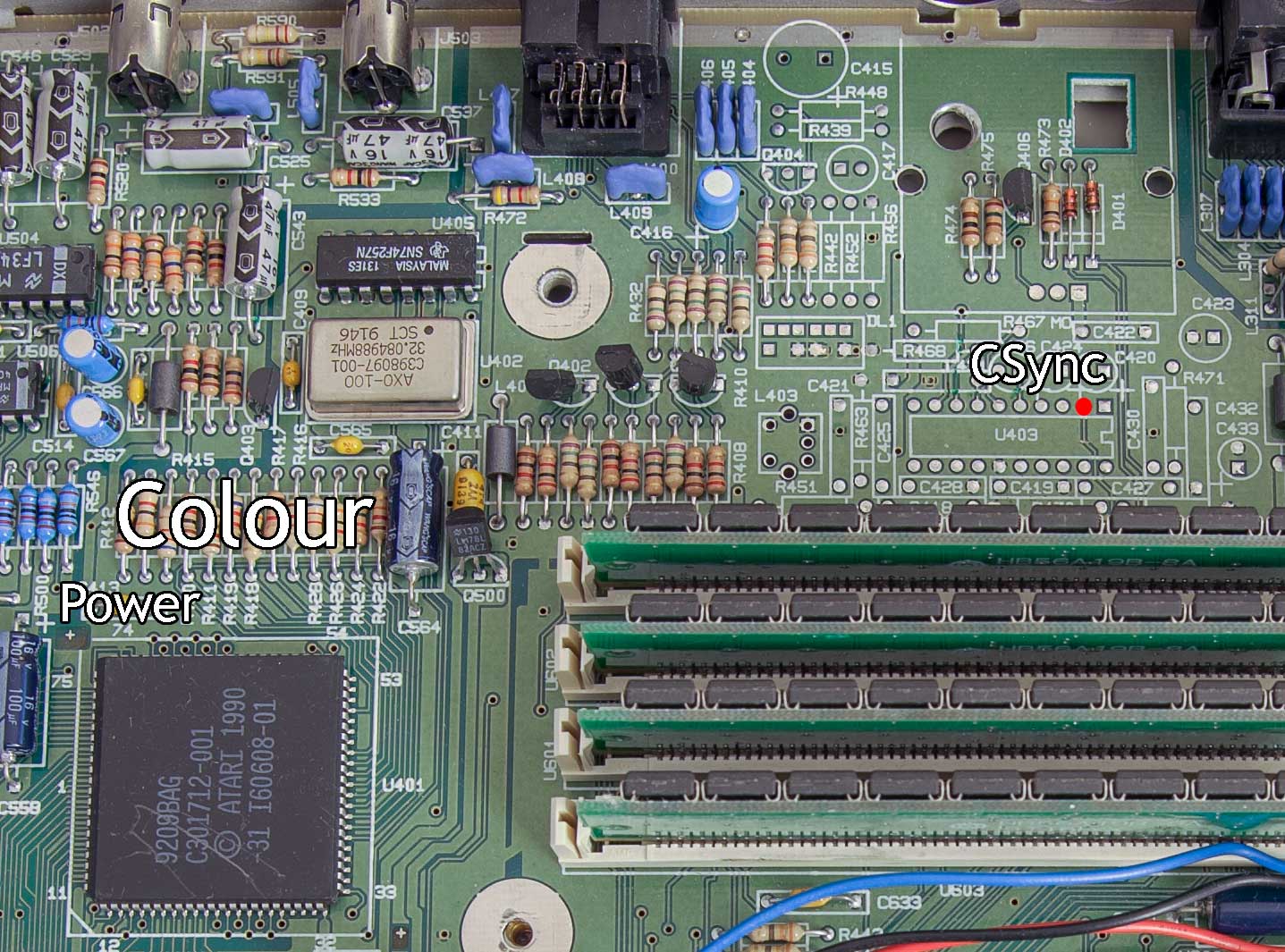 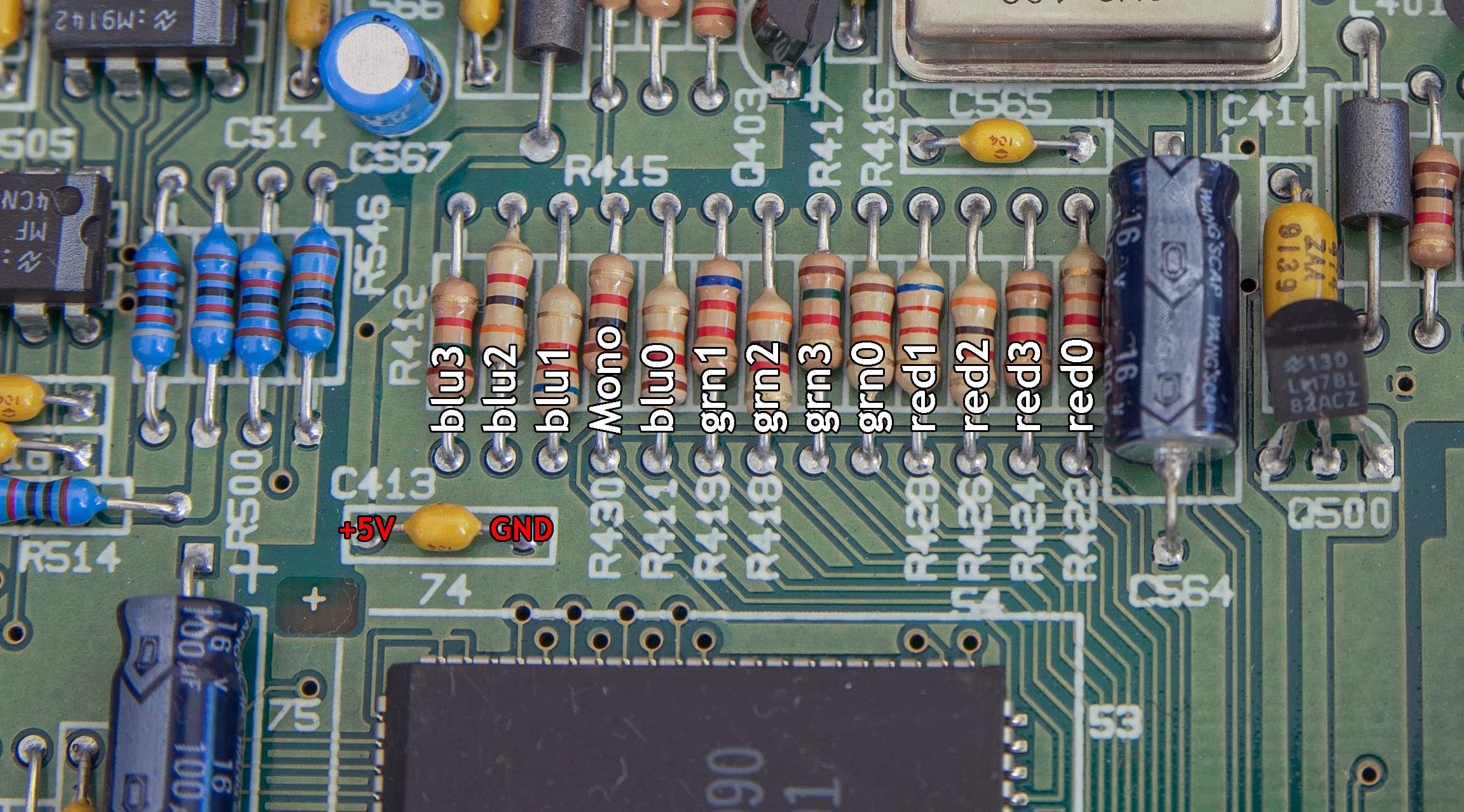 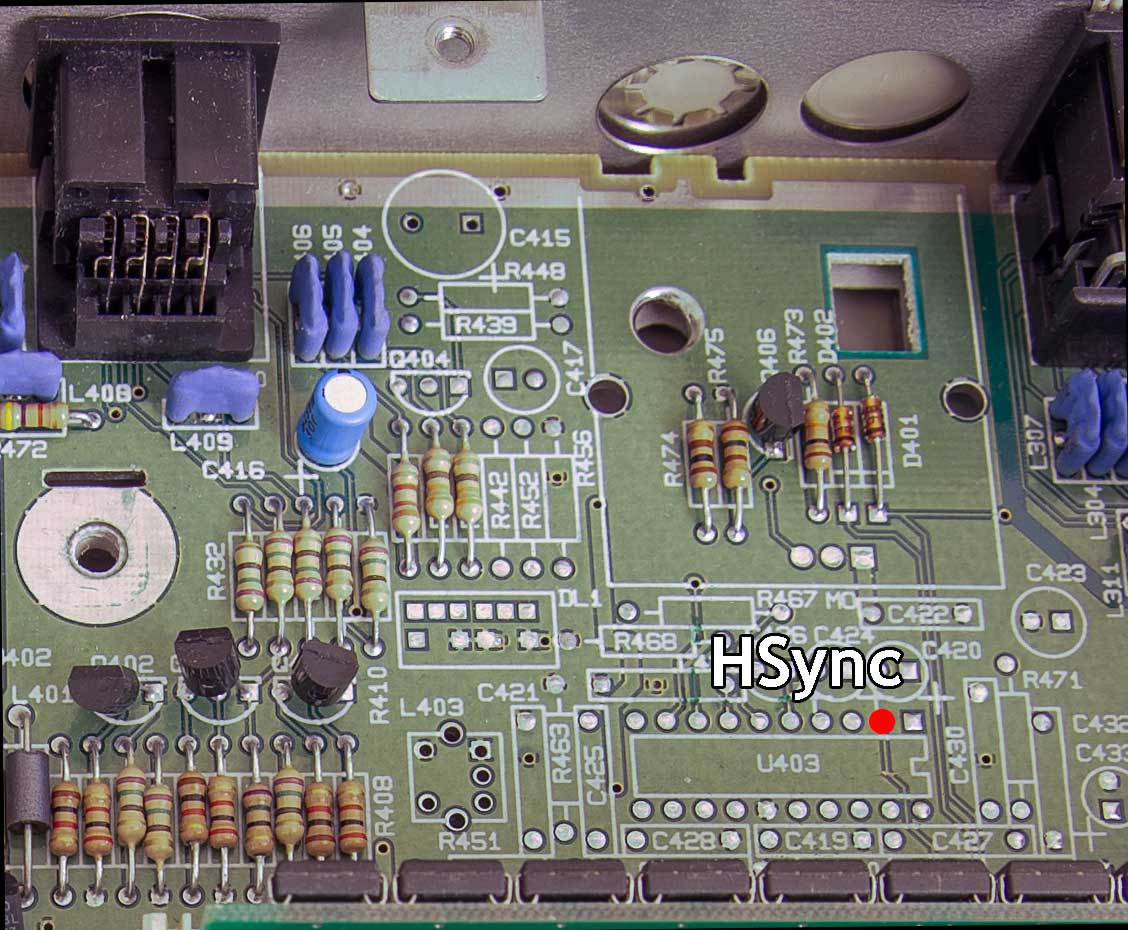 Oh, my bad - the printed case made me think that.

Solder removed from pin 2 of U403 with some solder wick 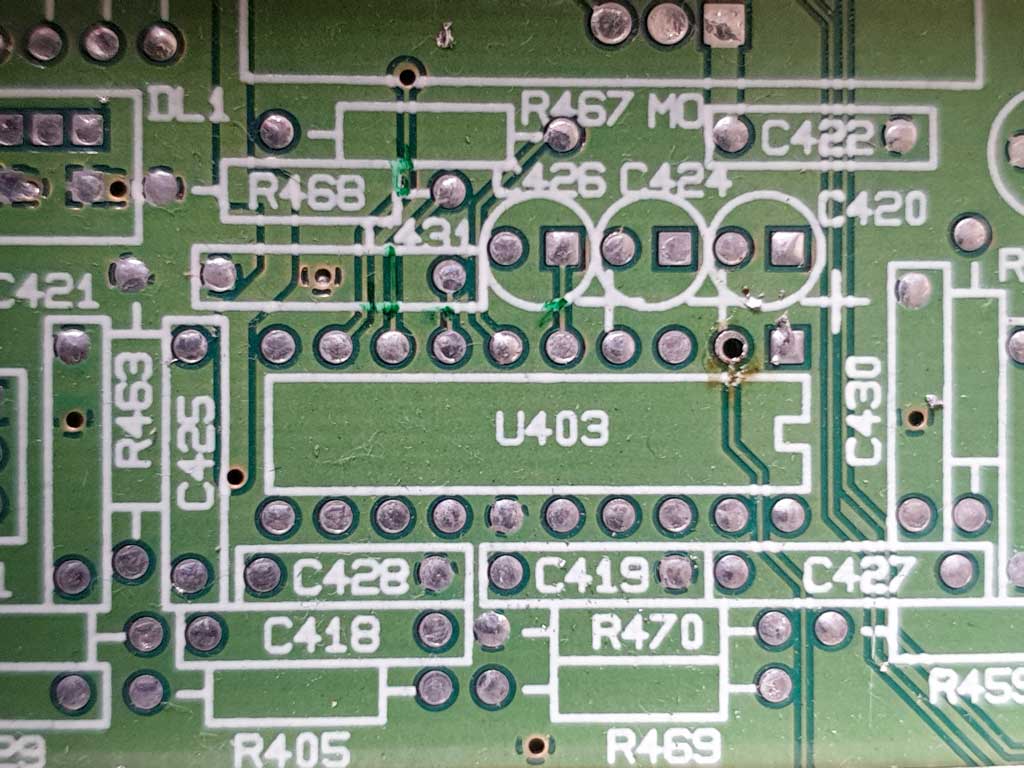 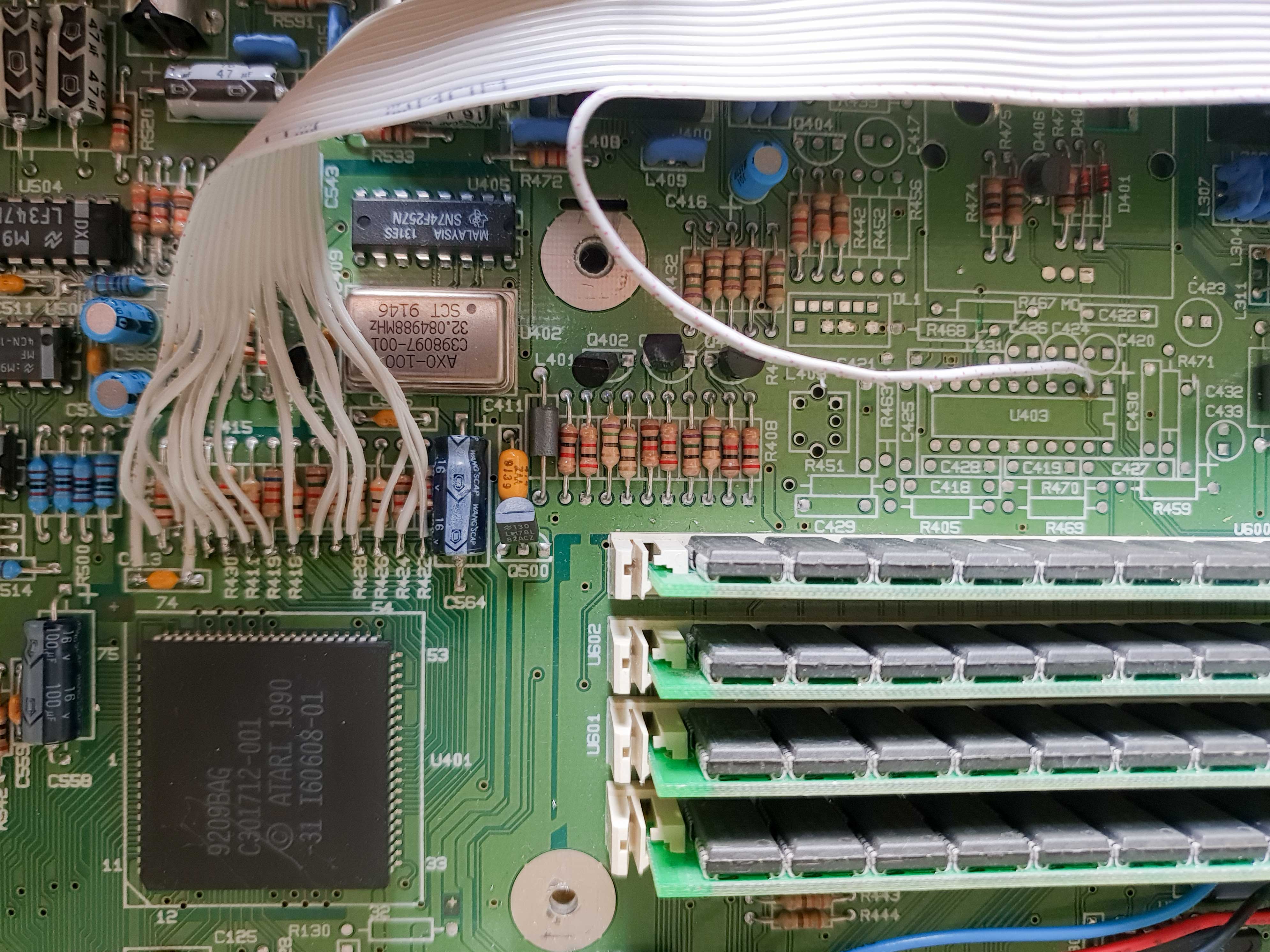 Zoom on Power and color bits 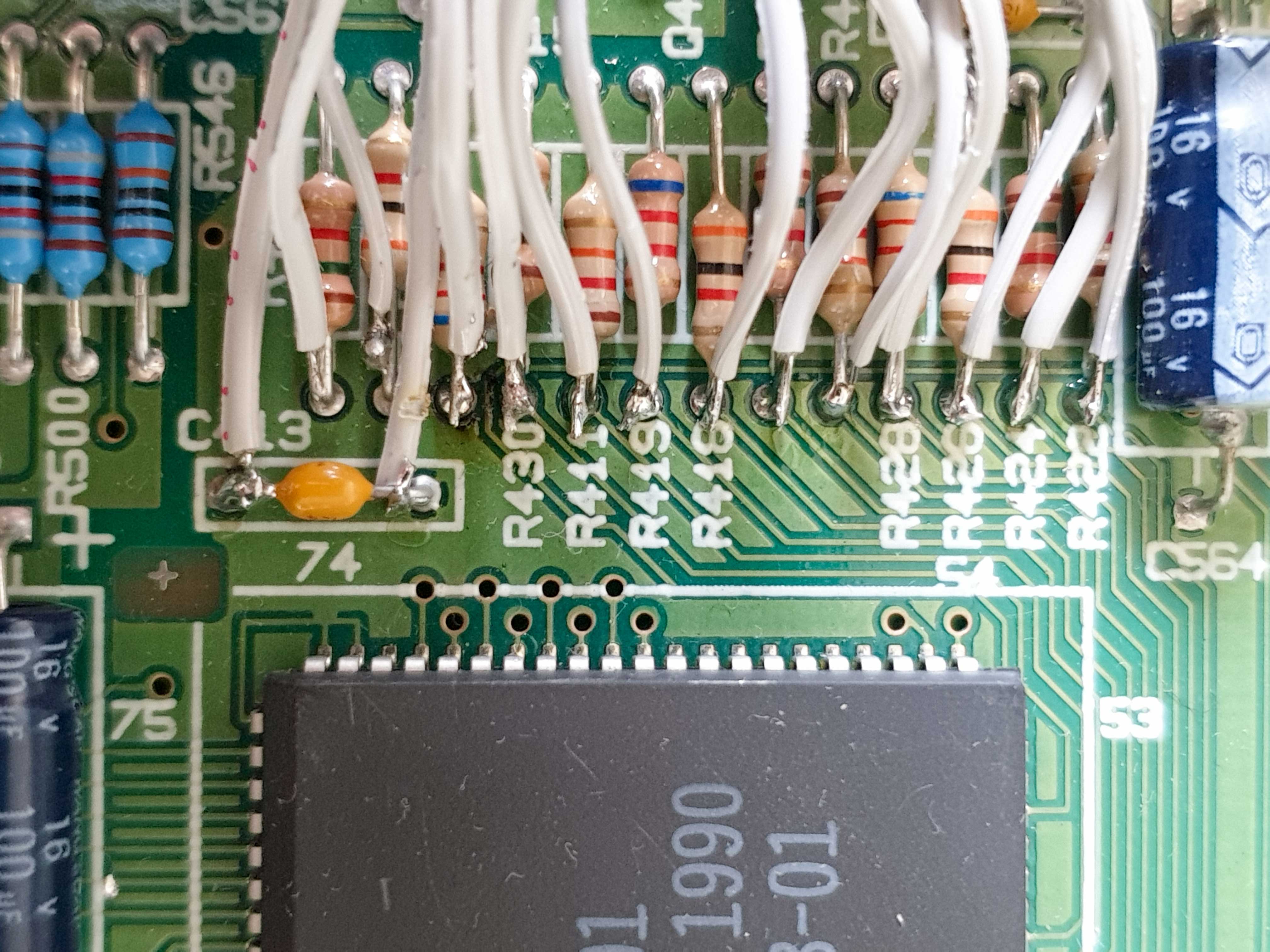 Well, will just repeat again, if anyone is going to do a run of these,
fully assembled, I'm all in.

For the first time Ever, My STe in High Res over HDMI

I was one of the lucky few how got the chance to get a hold of one of pixelk´s spare RGB2HDMI boards and can confirm that it works perfect with the Beta36 firmware that supports both color and Mono modes.

I built a small color/mono switch that plugs in to the monitor port on the STE and makes it very easy to switch between color and mono mode.

I have tried some demos (inc. Closure) and some games (inc. Obsession) and all seems to work great and look as they are supposed to.

Thanks to Pixelk for letting me buy this board, the picture from my STE have never looked better

Closure:
5.jpg
You do not have the required permissions to view the files attached to this post.
Top

I'm so happy that others can experience this

I don't use my ST but this is brilliant work.

If there was a built or semi-built version I would get one just to see what the ST output should really look like.
Top

I am also in for one if it get produced.

Is the ST audio also sent over hdmi ?
Top

No. And it will probably never happened.
Top

It's explored in this thread https://github.com/c0pperdragon/Amiga-D ... /issues/20, and as DoG said, not likely to happen.

I use an HDMI Audio Injector : Monoprice Blackbird 4K Series HDMI Audio Inserter on ebay (Model 13347), And you will have to change the output mode from DVI compatible to HDMI in RGB2HDMI's interface. 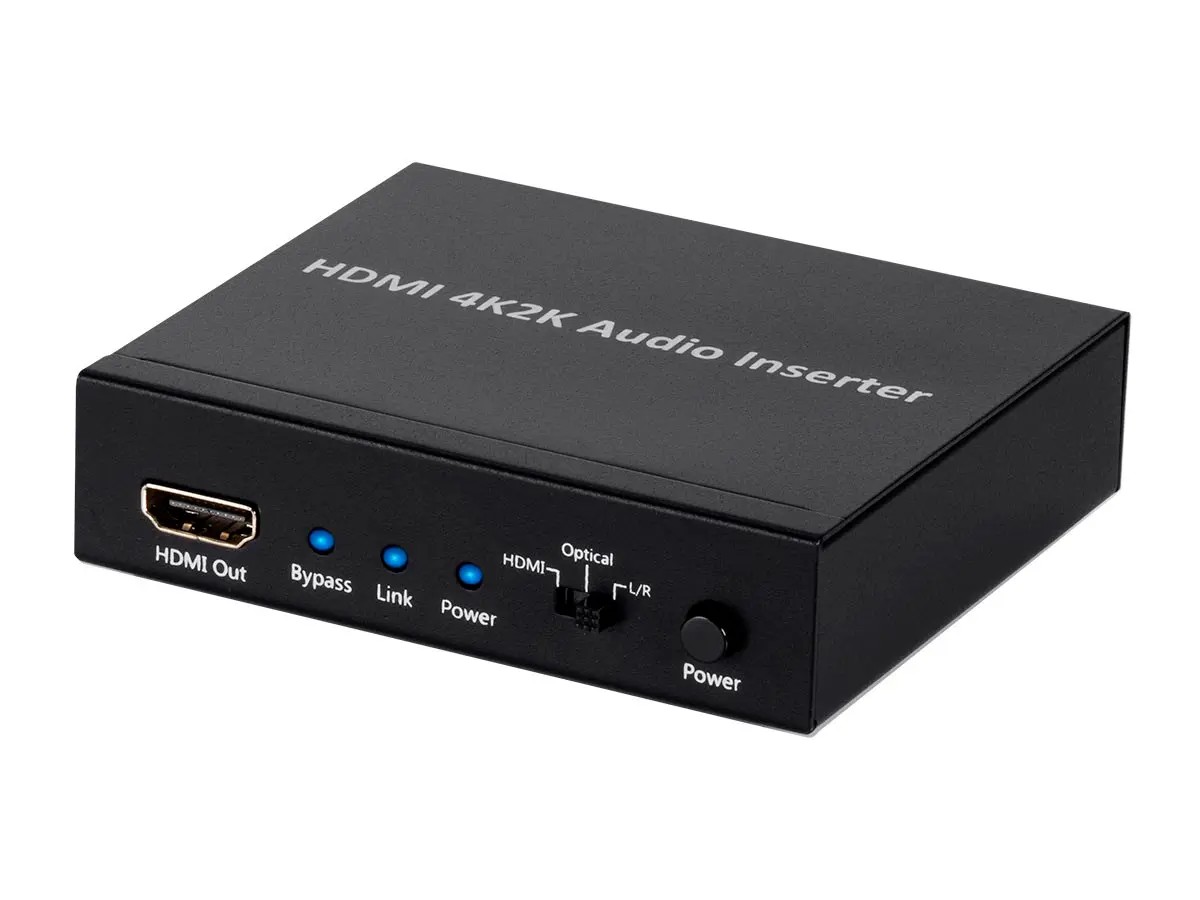 I just converted my second STe to the Beta 37> Wiring (auto-switching to high-res with composite sync).

And just for giggles, here is the Atari Logo, With my old Scart2HDMI on the left, and the RGB2HDMI on the right :

I'm considering making a second batch, but, be aware, the European Customs are now enforced for cheap parcels in my country, and it will cost more to import the component. I still plan to make no profit on the build, but it will cost more in the end.

Ill update this post with projected costs, to evaluate if it's even interesting.

So my estimation is 16€ without shipping, per board (limited to 1 board by person).

For those asking, I did not pay customs on the CPLD's for the first batch, but had to pay customs for the PCB's after they were all shipped (thank you Fedex

). The CPLD's are now more expensive too.

*** EDIT 2 ***
The interest expressed in PMs seems to mandate a 10 piece batch, adjusting projection accordingly. Also adding the female 2x20 pin header, leds and buttons. The good news is that it's makes the per unit cost drop. I won't go over 10 pieces, as I do all soldering by hand, and it loses its charm quickly.
Also the CPLDs from China took one month to arrive last time, but they were all fine and genuine, so I'm sticking with the same vendor..

These are going to be "finished" products? I'm asking because I just don't
have the skill/ability to do SMD stuff at all.

If they are, count me in - big time! and many thanks.

PS Planning on using this with a STacy.
Welcome To DarkForce! http://www.darkforce.org "The Fuji Lives.!"
Atari SW/HW based BBS - Telnet:darkforce-bbs.dyndns.org 520
Top

Everybody has another definition of "finished", I will offer the same product as seen in post 418937
With all SMD soldered and CPLD programmed with the latest beta from IanSB.
You will need a Pi 0 (wireless or not, I tested both) with male headers soldered, a µSD (1Go is fine) and a way to solder from the 12bit board to your ST's Shifter & Sync output on it's motherboard (I used old IDE hard drive ribbons). Don't forget that the PI HDMI output is a mini-HDMI, you'll need an adapter if you don't own one already.

I actually think this is beyond my capabilities but I'm going to cross my fingers.

I won't lie, it frightened me at first too, and before I completed this thread on atari-forum, you had to gather informations from a lot of different sources to even understand what is needed (that's why I mistakenly produced the extender and buffer PCBs that are of no use to me). But I'm glad I did the legwork, I now understand the underlying theory and I'm able to guide others through it. It's a shame the project Wiki isn't updated more often, but now I can live with it. The fact is the Atari ST community wasn't the first target of this project, just an happy accident on the road of the support of much more arcane machines. The Amiga got a better support too. In the end you have to follow at least 3 different github forks to get it all (1 2 3).
520 STe C398789-001 DMA + 4Mo + TOS 1.62/2.06 switcher + Exxos PSU + CosmoEx with Pi2 + RGB2HDMI IanSB Beta 37
520 STe C025913-038 DMA + 4Mo + TOS 1.62/2.06 switcher + Exxos PSU + MC68HC000 + 2.22K bus resistors + 1772 10K pullup + HxC USB floppy + RGB2HDMI IanSB Beta 39
Top

I am trying to work out the parts required but I don't know what some of them are.

SO I did not PM you, but do you have space for me on the list? I am in if so!